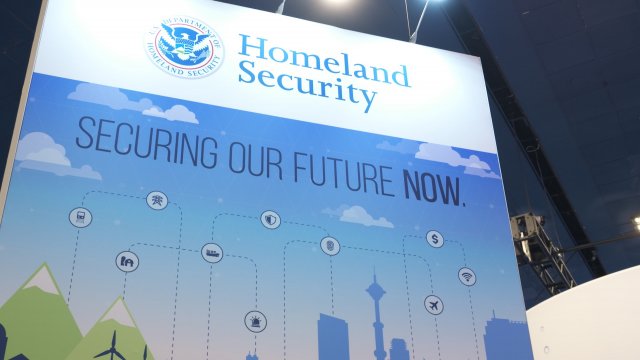 SMS
At CES, The Government Wants New Tech For Public Health and Safety
By Lindsey Theis
By Lindsey Theis
January 10, 2020
The Department of Homeland Security's R&D arm is at CES, looking for innovative companies who want to work with the government.
SHOW TRANSCRIPT

Tech startups and government contracts aren't an especially traditional relationship, but Hentz says DHS has created a new program for nontraditional contracting. For smaller contract amounts, less than 800,000 dollars, selected innovators can get a fast track to secure a partnership.

This thinking extends beyond the federal government. Across the country, state governments are exploring tech for safety, too. At CES 2019, Panasonic partnered with state departments of transportation in Colorado, Utah and Georgia. Their new platform lets cities and their vehicles share and update road conditions and other safety information.

"Being able to understand the state of that driver in terms of attentiveness or drowsiness or worse is a core competency that we're working on very aggressively,"  Morrisson, Director Advanced Engineering, Panasonic Automotive said.

At CES this year, Panasonic's Scott Morrisson told Newsy they are researching stress sensors for drivers. 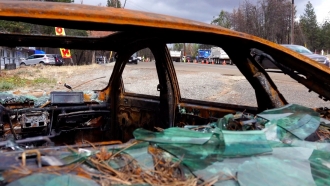 This sort of smart car technology has a track record now. For the past year, Israel's EMS system has used technology from startup MDGO, that collects information about crashes for first responders automatically.

"This has been going on for a year now with over 1300 crashes," Gilad Avrashi, Co Founder and CTO of MDGo said. "They dispatch an ambulance without having a phone call and that person saying there's an injured person, come and get him, they get an automatic pop up from our system saying this person is in the vehicle. This is most likely what he suffers from. So they can get and make the decision what type of ambulance to send."

For now in the U.S., tools like these will depend on getting the word out. Hentz says they’re hopeful for the response they’ve gotten during CES.

"[The Science & Technology Directorate] has a significant role to play in partnership with our operational components. And so I think that coming out to CES is the starting place for us to establish more of that and take it to the next level for the 21st century," Hentz said.