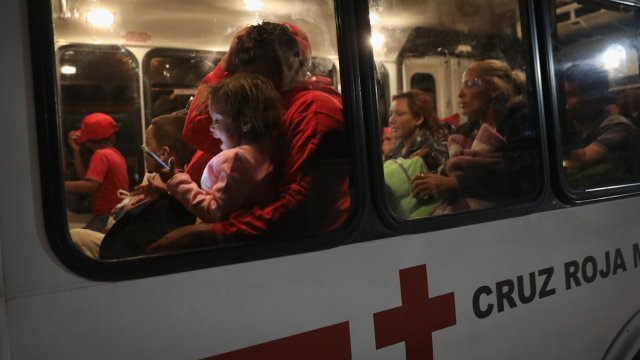 SMS
Central American Migrant Caravan Arrives At US-Mexico Border
By Gabrielle Ware
By Gabrielle Ware
April 29, 2018
Immigration lawyers were reportedly warning the asylum-seekers they could be jailed or separated from their children.
SHOW TRANSCRIPT

A caravan of Central Americans seeking asylum reached the San Diego border with Mexico on Sunday and are being told to prepare for the worst.

California lawyers warned the migrants, who are fleeing violence in their home countries, that parents may be separated from their children.

Shaken but undeterred, one migrant told The Washington Post, "If they're going to separate us for a few days, that's better than getting myself killed in my country."

Migrants were also told they could face detention and be placed in freezing holding cells.

President Donald Trump and his aides consider the caravan a threat to the U.S.