As A Red Giant Dies, Astronomers Watch In Awe 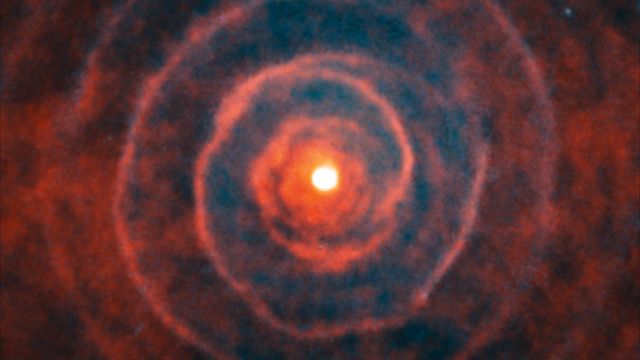 A group of international researchers uncovered some clues to help us understand the dynamics of a binary star system.

This red giant is in the process of dying — and it couldn't be any more beautiful.

This astounding phenomena is helping astronomers learn about star systems.

A team of international astronomers observed LL Pegasi and its companion star with the help of high-powered telescopes.

The stars, which are a binary system, are surrounded by dust and other gases.

As A Star Slowly Dies, The Rotten Egg Nebula Is Born

NASA and the European Space Agency released a new image of the star's slow death.

As the stars orbit each other, LL Pegasi loses its mass to the smaller star, and the material forms into a spiral shape.

Astronomers estimate that each new "layer" appears every 800 years — about the same amount of time it takes the two starts to orbit one another.

Researchers noted that these images offer some insight into the life cycle of stars, particularly those in binary systems.