Astronomers Found The Most Distant Supermassive Black Hole Ever Seen 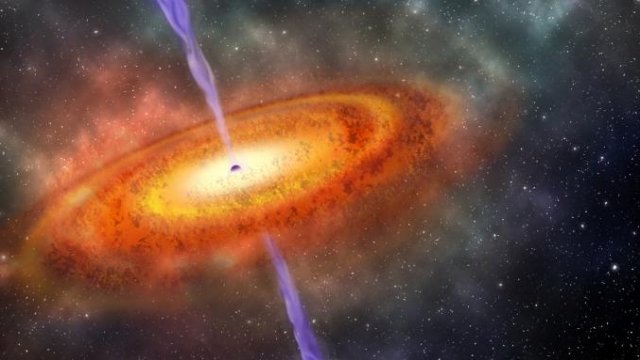 SMS
Astronomers Found The Most Distant Supermassive Black Hole Ever Seen
By Lindsey Pulse
By Lindsey Pulse
December 7, 2017
The quasar is around 800 million times the mass of our sun.
SHOW TRANSCRIPT

Astronomers have found the most distant supermassive black hole in our universe — at least, that we know of right now.

It has a cosmic age of 690 million years after the Big Bang, which means it probably started developing as the universe was transitioning from the period known as the dark ages of the universe — when there were no stars. 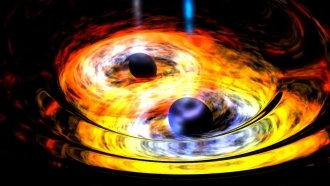 The discovery, known as a quasar, is about 800 million times the mass of our Sun. Quasars are thought to be among the brightest objects in the universe.

A co-author of the study said the fact that it gathered so much mass in such a short time challenges existing theories on supermassive black hole growth.

The astronomers reportedly plan to keep looking for more distant quasars to understand what was happening in the universe at the time.