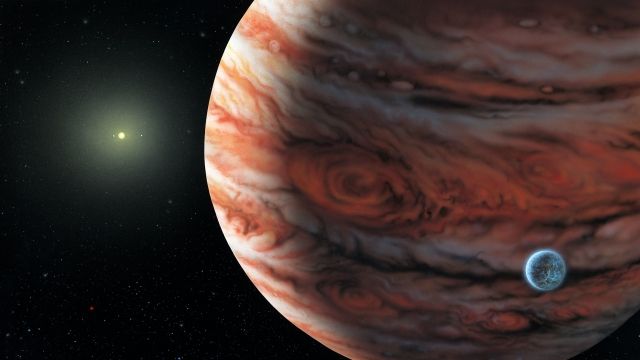 Jupiter has the most known moons of any planet in our solar system, and astronomers just found more.

A team discovered two new moons orbiting the gaseous giant. That brings the total number of Jupiter's moons to 69.

The moonlets are really small. Scientists think they're less than a mile and a half wide.

To put that in perspective, Earth's moon is over 2,000 miles wide, and Jupiter's biggest moon is bigger than the planet Mercury.

The discovery shouldn't be a shock; scientists have discovered new moons around Jupiter for years. Small objects in space, like comets or asteroids, can get caught in Jupiter's gravity. 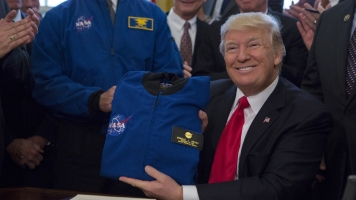 Trump Is Bringing Back The National Space Council ... What's That?

And the two newest ones were discovered by accident. The team was trying to find a planet beyond Pluto when they noticed the extra satellites flying around.

Although most of Jupiter's small moons don't amount to much, they could give some insight into the planet's history. The team that discovered the latest additions believes even more will be found in 2018.