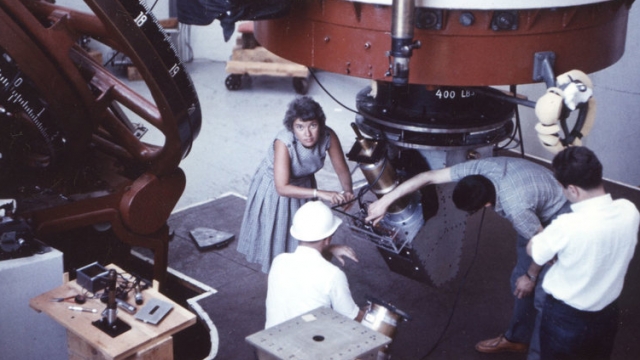 Vera Rubin, the astronomer who discovered evidence of dark matter, has died.

Rubin joined the Department of Terrestrial Magnetism at the Carnegie Institution of Washington in 1965.

In the 1970s, she and her colleague, astronomer Kent Ford, found stars in spiral galaxies rotated at the same speed as one another — even though some stars were farther from the center.

The observation defied Newtonian gravitational theory. That led the team to believe an invisible mass existed that made the stars rotate at the same speed. That mass is what is known as dark matter.

A Swiss astronomer introduced the idea of dark matter in 1933. According to the National Science Foundation, the idea wasn't well-received by the scientific community until Rubin and Ford shared their evidence.

President Bill Clinton presented Rubin with the National Medal of Science in 1993.

Pope John Paull II appointed Rubin to the Pontifical Academy of Sciences in 1996.

Rubin and her husband, Robert J. Rubin, who was a mathematician and astrophysicist, had four children. All of them earned their Ph.D.s in mathematics and sciences.