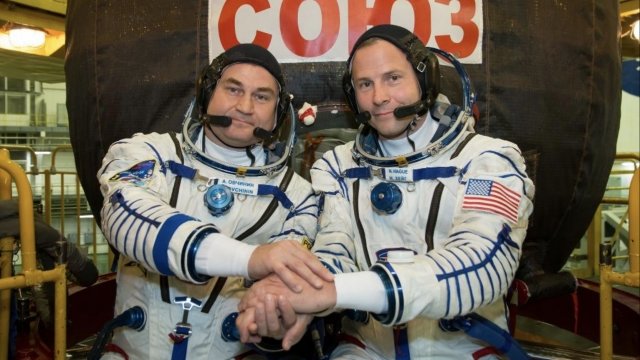 By Katherine Biek
October 11, 2018
Astronauts from the U.S. and Russia were on their way to spend the next six months on the International Space Station.
SHOW TRANSCRIPT

Astronauts from the U.S. and Russia are safely back on Earth after having to make an emergency landing Thursday.

They were on their way to the International Space Station when their spacecraft's booster malfunctioned shortly after launching from Kazakhstan.

Despite the capsule returning to Earth at a "sharper angle of landing" than normal, NASA reports the two astronauts are in good condition.

The two men were scheduled to spend the next six months aboard the ISS. It was not immediately announced how long their mission will be put on hold.