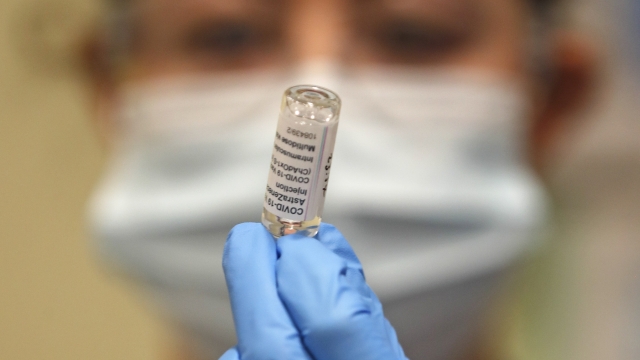 AstraZeneca says its COVID-19 vaccine is now 76% effective at preventing symptomatic cases of the disease.

In a statement late last night, the British drugmaker announced it had recalculated its U.S. study data after reporting earlier this week the shot was 79% effective.

Federal health officials had raised concerns over the company's previous conclusion, saying it was based on cherry-picked information.

AstraZeneca plans to seek FDA approval for its vaccine in the coming weeks.