Asteroids May Have Delivered More Of Earth's Water Than We Thought 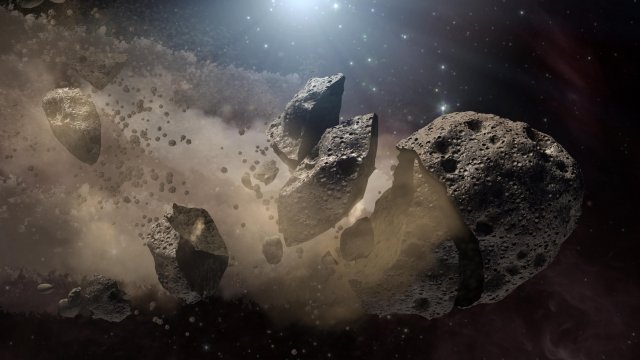 SMS
Asteroids May Have Delivered More Of Earth's Water Than We Thought
By Evan Thomas
By Evan Thomas
April 25, 2018
New research shows the solar system's most common type of asteroids might have deposited more water on Earth than originally believed.
SHOW TRANSCRIPT

Scientists think much of Earth's liquid water came from icy comets that showered the early solar system. But new research shows common asteroids might have delivered more of that water than we thought.

During the formation of the solar system, Earth spent some 300 million years getting pummeled with debris — asteroids, comets and even larger bodies like the one we think helped form the moon. The impacts were so frequent and energetic that the whole planet was resurfaced a few times.

At one point, our computer models showed any water asteroids carried was probably lost as steam in the heat of the collision, so they shouldn't have accounted for much of Earth's water reserves. But a new practical experiment shows those computations might have been wrong.

Scientists made marbles that mimicked the water-bearing composition of some of the solar system's most common asteroids. They shot them at targets at 11,000 miles per hour, so they went as fast and hit as hard as asteroids do. 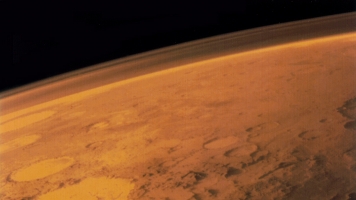 And the resulting explosions weren't as dry as scientists expected. When the plume of steam and molten rock cooled down, a lot of the water was preserved in the debris — as much as 30 percent.

This could change how planetary scientists think about water on other worlds in the solar system. Places like the moon and Mercury also have traces of water ice in their craters — and a lot of it might have hitched a ride on the same asteroids that dug them.