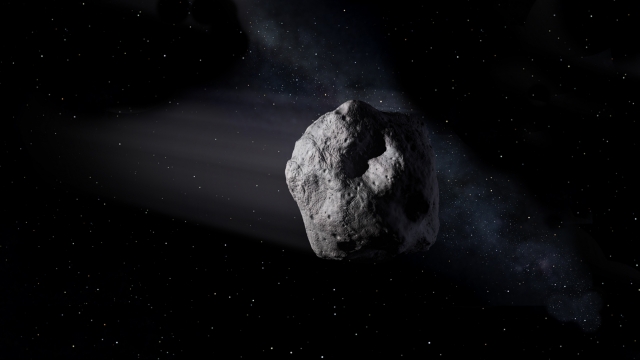 SMS
Massive Asteroid To Pass Within 3.6M Miles Of Earth On Saturday
By Meg Hilling
By Meg Hilling
February 14, 2020
The asteroid called 2002 PZ39 will be just under 3.6 million miles from Earth during its passing.
SHOW TRANSCRIPT

NASA says a massive asteroid will make its way past Earth on Saturday.

The asteroid, known as 2002 PZ39, will be within 3.6 million miles of Earth during its passing.

The asteroid is estimated to be somewhere between 1,400 and 3,200 feet long. Given its size and anticipated distance from Earth, the Minor Planet Center has reportedly classified it a "Potentially Hazardous Asteroid," but its trajectory suggests it won't actually come closer to Earth than that 3.6 million miles.

NASA has been tracking the asteroid's projected path since discovering it in 2002.