Meet The DOJ Official Who Could Take Over The Trump Investigation 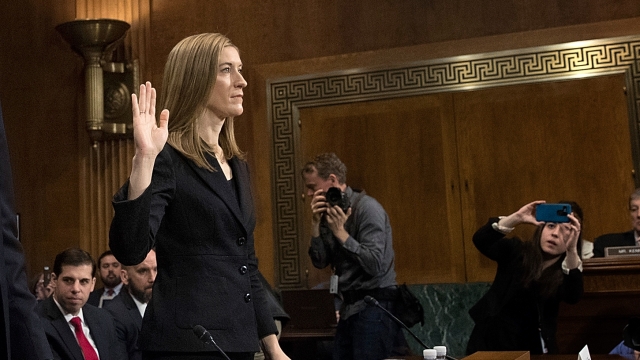 Deputy Attorney General Rod Rosenstein is currently overseeing the investigation into President Trump's campaign, but there's been speculation he could step down.

Rosenstein took over the investigation after Attorney General Jeff Sessions recused himself because he was a Trump campaign surrogate.

If Rosenstein goes, who replaces him? Meet Rachel Brand. She's the associate attorney general, which makes her third in command at the Justice Department behind Rosenstein and Sessions.

Brand ran the Office of Legal Policy under President George W. Bush. She was appointed to the Privacy and Civil Liberties Oversight board in 2012 by President Obama, then appointed to the associate attorney general position by Trump. 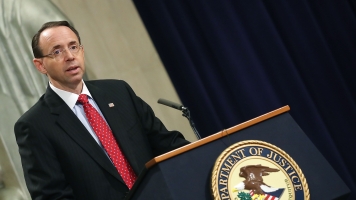 But it's not a sure thing that she'll actually take over for Rosenstein. ABC reported he was considering recusal, but the DOJ pushed back against the report.

Some speculated Brand may have to step in after it was revealed that special counsel Robert Mueller is looking into the firing of former FBI Director James Comey.

Since Rosenstein recommended the firing, he could be a witness in the case and ethically obligated to recuse himself.

A Justice Department spokesman said: "If there comes a point when he needs to recuse, he will. However, nothing has changed.”