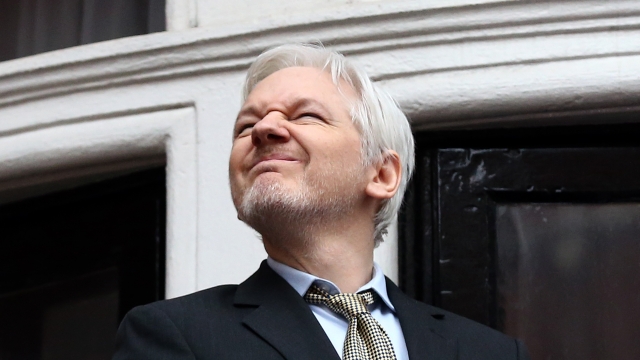 WikiLeaks founder Julian Assange has launched a legal challenge against the Trump administration.

The Guardian reported Wednesday that Assange's lawyers have filed an urgent application to a U.S.-based human rights commission that hears appeals on cases in the Americas. In the submission, his legal team demands that U.S. prosecutors unseal any secret charges against their client and that Ecuador cease "espionage activities" against him.

It was reported last year that the Justice Department was getting ready to prosecute Assange after that information was accidentally revealed in an unrelated court document. But prosecutors have refused to confirm or deny whether sealed charges against Assange actually exist.

Assange has been on the DOJ's radar since WikiLeaks published thousands of classified documents back in 2010. The site's also come up in special counsel Robert Mueller's Russia investigation; it published a bunch of emails that were stolen from Democrats by Russian agents during the 2016 election.