Asian Women Are Pressured To Be Petite, And This Trend Proves It 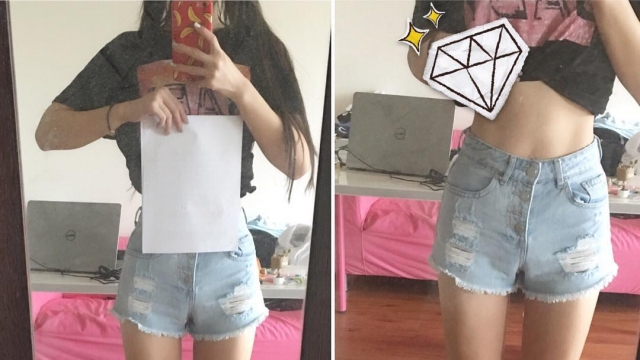 SMS
Asian Women Are Pressured To Be Petite, And This Trend Proves It
By Melissa Prax
By Melissa Prax
March 17, 2016
On social media, some women are comparing their waist size to a sheet of paper. The trend, dubbed "A4 waist," has drawn a fair share of critics.
SHOW TRANSCRIPT

Women on social media are showing how slim they are by comparing their waists to the width of a sheet of paper.

They're calling it an "A4 waist," a reference to the A4 paper size, which is a little over 8 inches wide. People first started doing it in China, but now it's spreading to other countries.

And not surprisingly, there are critics. Some are calling it unrealistic and even disturbing.

But some of the women say it's just naturally the way their body is and that the trend encourages fitness.

Backlash from these posts and other similar trends could be part of a larger problem — the pressure women, and especially Asian women face, when it comes to being petite.

One Asian-American said in an op-ed in xoJane, "Terms like 'Asian-metabolism' and 'Asian skinny genes' point toward the expectation that being slender comes effortlessly (and biologically) for people of Chinese, Taiwan, Japanese, Korean descent."

This video includes clips from