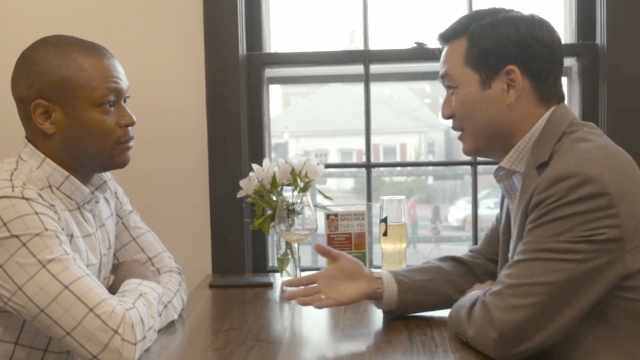 With more than a year to go before the 2020 election, Asian American advocates are calling on political parties and candidates to do a better job of reaching out to their community.

We've seen from some of the data that you've released that campaigns or political parties haven't really reached out to this group, why do you think that is?

Between 2000 to 2015 the Asian population grew 72% For comparison the growth rate for Hispanics was 60% during the same time. Asians are projected to be the largest immigrant group by 2055.

Nationwide, Asian Americans make up about four percent of the electorate and there are nine states where Asian voters are about five percent or more of the voting population. And in swing states like Virginia and Nevada, their votes could help win elections.

"In places like Virginia and Nevada where the local elected officials and candidates..when they were running for their elections, they were reaching out to the API community," Chen said. "[When] they saw that there were some newer voters that they could engage and turn out for the election..they saw the benefits of that. Because of those successes on the local level that actually translated to the national level when we had the presidential elections."

But politicians have a lot of ground to makeup; Ahead of the 2018 midterm election, 50% of Asian American voters said they did not receive any contact from Democrats and 62% said the same for Republicans. Nearly 40% of Asian Americans don't identify with a political party.

Chen exclusively told Newsy about plans to hold a presidential town hall in Las Vegas next year on June 27th.  It will be an opportunity for candidates to reach out to the group but they will have to improve their ground game in places like Fairfax, Virginia first.

Fairfax County is home to the largest share of Asian American voters in Virginia. City of Fairfax council member Sang Yi -- one of two Asian Americans elected to the city council for the first time in history last year -- has been part of the state's demographic shift.

"I would love to see people who are communicating to specific ethnic groups in their own languages," said Fairfax, Va. city councilmember Sang Yi. "For myself, I was an immigrant.  My family moved to the United States when I was four years old. We didn't speak any English," Yi added. "If people didn't come to us and speak in Korean, my parents would not have learned or figured out how to do this."

Yi says political parties could do a better job of reaching out to Asian communities in areas like Fairfax.

But while lack of outreach is part of the problem, Asian Americans as a group have been trending more Democratic in recent years in part because of issues such as gun control and immigration.

"I think either party have a chance but from my fellow Asian Americans that I know, a lot of them are leaning more towards Democrats from what I can tell," said Jinson Chan, a Virginia voter and co-owner of High Side, a restaurant and bar in downtown Farifax.

Chen says presidential candidates like Senators Cory Booker, Elizabeth Warren and Kamala Harris have hired Asian American staffers or made significant outreach to the community. Something she hopes continues.

"This round I feel more confident that at least on the Democratic slate of candidates that there's a lot more involvement in terms of reaching out to the API voters," Chen said.