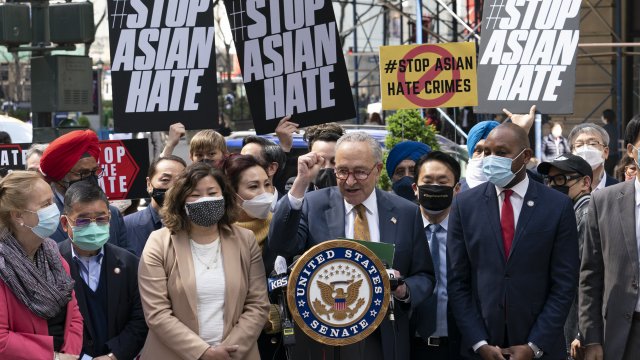 SMS
Asian American Business Leaders Combat Rise In Hate Crimes
By Robin Dich
By Robin Dich
May 4, 2021
A suspect attacked two Asian women in New York on Sunday with a hammer, hitting one on the head. The suspect had told them to remove their face masks.
SHOW TRANSCRIPT

Asian American business leaders have launched a new initiative to support the Asian community and combat the rise in attacks. In a recent attack in New York, two Asian women were walking on a sidewalk on Sunday when someone approached them and told them to remove their face masks. The suspect then attacked the women and hit one on the head with a hammer. The New York Police Department's Hate Crimes Task Force is leading the investigation. Attacks like those have resulted in the Asian American Foundation raising 125 million dollars and major companies and individuals raised it to a total of 250 million dollars. The initiative will support a number of Asian American and Pacific Islander causes and will create a national infrastructure for the community.