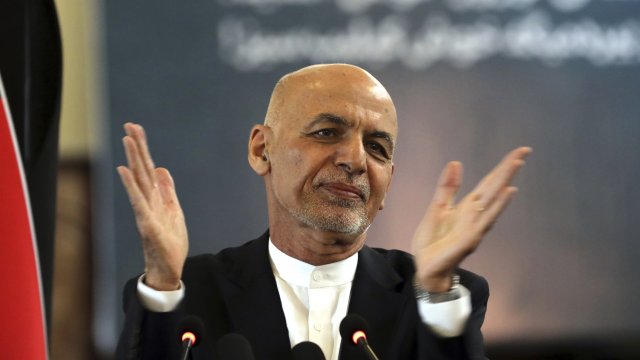 In his first video since fleeing Afghanistan..

The nation's former President.. Ashraf Ghani denied rumors he avoided a peaceful transition with the Taliban.

He says he fled to avoid being lynched...

And has every intention of returning to his homeland.

"I am grateful for the security and defense forces. They have not been defeated." said Ashraf Ghani "This was a failure from the top leadership of the Taliban, from our government and our international colleagues. This failure was the peace process, which changed to fighting. "

Ghani isn't the only one blaming the fall of Afghanistan on the political elite.

The backlash against President Joe Biden's withdrawal is still going strong this morning..

And he defended his decision on ABC last night in an exclusive interview with George Stephanopoulos.

"So for you, that was always priced into the decision?"