As Scientists Debate The Future Of The Titanic, The Ocean Is Eating It 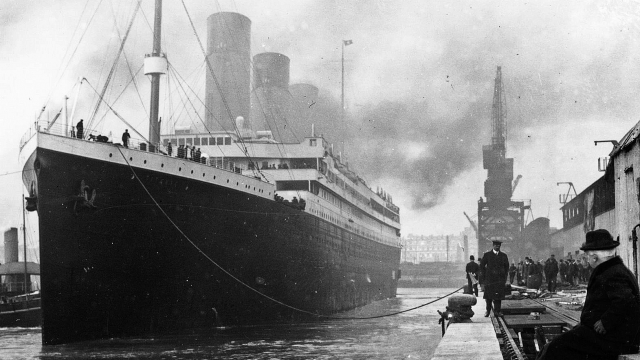 The Titanic has been rusting away at the bottom of the ocean for more than 100 years, and according to the latest expeditions, its deterioration is actually speeding up. Some scientists say they worry the legendary ship won't be around much longer.

When researchers first discovered the Titanic's wreckage in 1985, they declared it was decently preserved and thought it wouldn't change much for several decades. But recent dives to the site have found gaping holes in the ship's decks and slumping walls. The hull is expected to collapse in just a few years. Some parts of the ship have disappeared.

So why is the wreck suddenly withering away? Scientists say it's a combination of natural processes and human activity. The wreck is at risk from rust, corrosive salts and microbes at the bottom of the ocean. It's also a sprawling buffet for marine organisms, like mollusks that have eaten away most of the wood. 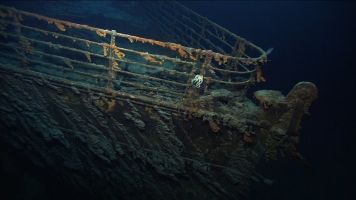 You Could Tour The Titanic Next Year

And tiny microbes are feeding off the ship's iron, forming icicle-like structures called "rusticles." Researchers estimate the rusticles are removing about 600 pounds of iron every day.

Some scientists say the cold, dark conditions on the ocean floor might actually help slow the deterioration — at least for a little while — so long as we leave it alone. But with the resurgence of Titanic diving tours and continued salvaging of artifacts, that doesn't seem likely.

And while some people seem to be cashing in on what's left of the Titanic, others are calling for drastic measures to preserve it. Some researchers want to scrape the hull clean, repaint it and inject preservatives into the ship to kill bacteria.

One team of researchers wants to take a more hands-off approach by virtually preserving the Titanic and creating a 3-D replica of the site. So while we will eventually lose the real thing, this effort is a chance for the ship to live on.