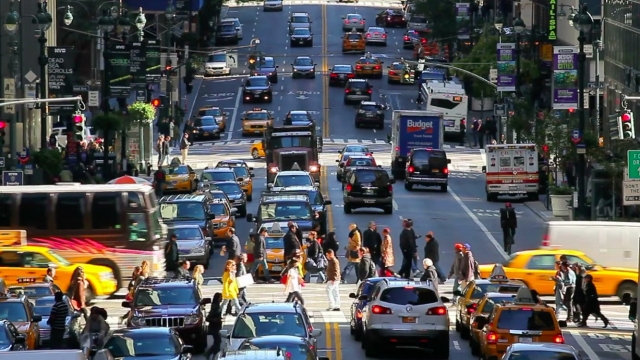 The United Nations estimates more than two-thirds of the world’s population will live in cities by 2050. UN officials have encouraged city planners to build infrastructure that’s resilient to the effects of climate change as they accommodate growth.

“Our approach really is both sustainability and resilience they really do need to be very well coordinated,” Christine Weydig, Environmental and Energy Programs Director for Port Authority of New York and New Jersey told Newsy at Smart Cities 2019 in New York. 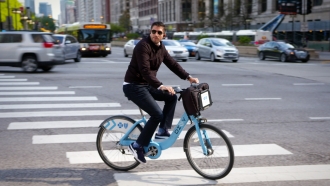 Micro-Transit Could Improve Cities — But Consumers Have To Want It

Weydig's department oversees the environmental impact of a lot of infrastructure: five airports including JFK and LaGuardia, six bridges and tunnels that connect New York and New Jersey, the PATH commuter train system, and six seaports. She says the Port Authority uses the Paris climate agreement as a framework for its ambitious goals. It wants to reduce its emissions 35 percent by 2025.

"We will make sure that we are mitigating climate change to the extent we can, but realistically the impacts of climate change are already here. So we're seeing more extreme weather events. The severity of those events is intensifying, and so we also have a robust program for hardening our infrastructure. So we've spent to date about a billion dollars and in doing that. So that means elevating some critical infrastructure. It means installing certain special flood protection measures. So whether those are submarine doors or stop logs for some of our PATH stations or at the World Trade Center site, we're really looking across our facilities to see how we can diminish the potential for disruption," Weydig said.

One tool for this is called a digital twin. Simply put, digital twins simulate the physical infrastructure that allows engineers to test the system's limits under different variables — like more frequent or more severe extreme weather.

"So we've put with a digital twin of a wastewater plant to help with operation. So basically we take all the data that they've got in the plant about the waste water coming in and how it's operating. We put it into a data platform, and then we provide analytics on top of that," Anna Whitmore, a digital ventures information consultant for Mott MacDonald designs digital twins.

Whitmore says, for example, if there was some sort of catastrophic weather event and that wastewater plant that was damaged, predictive modeling can help prevent it. 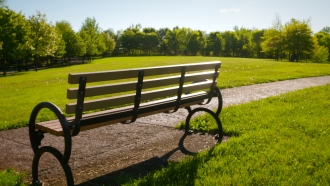 "We can have predictive weather and rainfall feeding into our digital twin and it's going to say 'there's going to be an event in the next three to five days' with really good accuracy. 'You need to start draining your reservoirs or doing things to prepare for that event.' The other thing we're looking at is asset criticality. So understanding how critical your action is. "

Experts agree that information like this is only going to get more important as cities make their resiliency plans. The climate and the weather it brings is changing — and that's going to affect everyone who lives in cities.

"It all comes down to how you integrate all of the risk factors. And what are the different data sets that are there giving you insights on preventing weather be like crime prevention or disaster resilience," Yushi Akiyama, Vice President of Corporate Strategy and Business Development for Hitachi America, Ltd. told Newsy.

"Around the world people are seeing things happening already that weren't happening in the past, or not as often or not as hard. We have floods. We have wildfires. We have droughts. And so I do think that whether people are connecting that to climate change or something else, that they're really feeling it on a personal level and if it's not immediately in their backyard, it's something that's very publicly visible," Weydig said.