As States Discuss Reopening, Experts Are Wary On Whether It's Safe 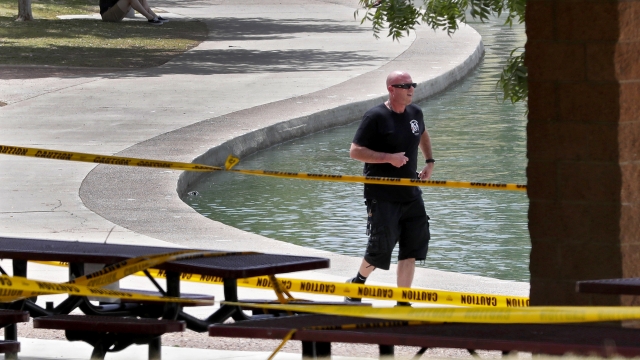 SMS
As States Discuss Reopening, Experts Are Wary On Whether It's Safe
By Bailey Vogt
By Bailey Vogt
April 18, 2020
Vice President Mike Pence said Friday governors have the testing resources to begin reopening parts of their states.
SHOW TRANSCRIPT

State lawmakers are beginning to lay out plans to reopen amid the coronavirus pandemic. However some infectious disease specialists say it is premature to rollback shelter-in-place efforts.

As officials in some states consider relaxing restrictions soon, some experts say allowing people to venture out into public spaces could overwhelm the U.S.' current testing capacity. They say testing must keep up to contain the virus' continued spread.

A former director of the CDC said orchestrating less than 150,000 tests a day is too little, adding officials need to be testing 10 to 20 times more than that. He told CNN: "If we were just testing the highest priority people and nobody else, we'd need about three times as many tests."

A University of Washington institute tracking the virus spread says “robust containment strategies” are still needed to prevent another infection wave, even if some states can ease restrictions.

However, Vice President Mike Pence said Friday governors have the testing resources to begin reopening parts of their states.

A White House guide say states could begin reopening if they saw cases fall for two weeks straight. But President Trump says governors will ultimately decide when to begin the process.