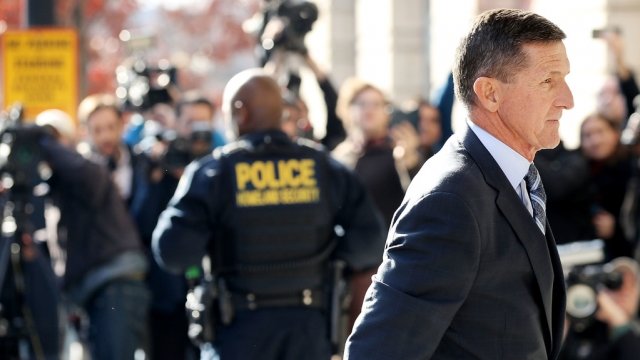 Flynn must turn over any evidence of crimes he's aware of, take part in interviews and testify at relevant court proceedings.

Flynn was charged with knowingly making false statements to the FBI about his conversations with Sergey Kislyak, who was the Russian ambassador to the U.S. at that time.

As part of the plea deal, Flynn agrees to keep cooperating with law enforcement. The deal requires Flynn to turn over any evidence of crimes that he's aware of. He also has to submit a complete account of his financial assets, as well as his clients' assets.

Flynn has to take part in interviews with law enforcement agents and government attorneys. He waives his right to counsel during the interviews, unless it's requested in writing to the Special Counsel's Office.

Flynn also has to testify before relevant grand juries and at any relevant trials or court proceedings.

The Senate Judiciary Committee says Jared Kushner hasn't provided all the requested documents about Russian interference in the 2016 election.

If Flynn violates the provisions, his sentencing could be delayed. Flynn's charge carries a sentence of up to five years in prison.