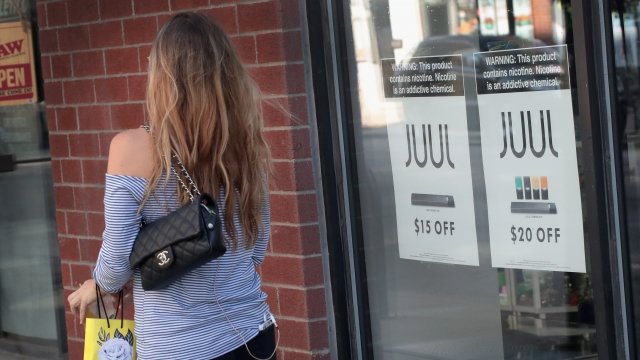 SMS
As More Teens Pick Up Vapes, FDA Looks For Effective Regulation Plan
By Tyler Adkisson
By Tyler Adkisson
December 18, 2018
The FDA has long looked to regulate the burgeoning e-cigarette industry, and they're starting to implement some policies to do so.
SHOW TRANSCRIPT

In 2018, the FDA and U.S. Surgeon General both labeled teen vaping an “epidemic.”  To control it going forward, experts say regulators will need more specific rules than what we've seen so far. 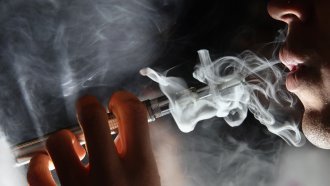 A Record Number Of Teens Are Vaping, But Their Opioid Use Has Declined

For what it's worth, the FDA is ready to try new solutions. It has a hearing scheduled for January 2019 to investigate whether new drug therapies could help youth smokers quit e-cigarettes.

And while the FDA wrestles with the problem, some local governments could step in with their own regulation. In June of 2018, San Francisco residents overwhelmingly approved a ban on sales of flavored tobacco products. The New York state legislature has plans to push for a statewide ban in 2019.