As If Global Warming Weren't Bad Enough, It Helps Mosquitoes 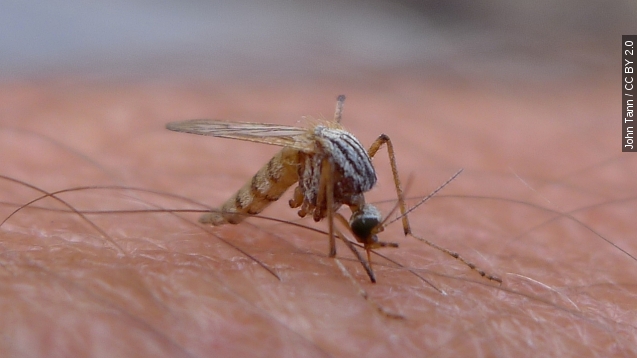 SMS
As If Global Warming Weren't Bad Enough, It Helps Mosquitoes
By Ryan Biek
By Ryan Biek
September 17, 2015
Global warming benefits mosquitoes at the expense of the Arctic ecosystem, according to a new study.
SHOW TRANSCRIPT

As global warming worsens, at least one member of the Animal Kingdom is thriving.

Researchers from Dartmouth College found rising temperatures in Greenland made ponds thaw faster, which caused the mosquito life cycle to start two weeks earlier in 2012 than in 2011. (Video via National Geographic)

The warmth also sped up the mosquitoes' maturation process.

Overall, the researcher's model predicts a rise in temperature by 2 degrees Celsius increases mosquitoes' chances of survival by 53 percent.

Mosquitoes are more than just pests to humans. They have a serious effect on the entire ecosystem, perhaps most notably on caribou.

Caribou calves are an especially good source of blood for mosquitoes, and rising temperatures help shift the mosquito life cycle. That means there are more adult mosquitoes during calving season. (Video via BBC)

In response, the caribou will flee to more isolated places, which means animals that prey on them will have a harder time surviving, including humans in some areas.

The caribou is considered a keystone species in the Arctic, and the advantages global warming gives one small insect could have a devastating effect on the greater ecosystem.

Sure, there's the annoying biting, spreading of disease and potentially negative affect on the ecosystem, but they're important, too. Mosquito larvae are often food for fish and other insects, and many birds and bats eat adult mosquitoes.