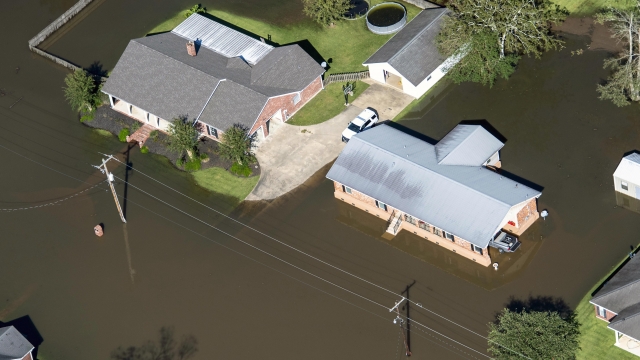 The storm brought winds of up to 100 miles per hour but has weakened into a tropical depression as it continues moving northeast.

What's left of Hurricane Delta continued to move through the South Sunday, leaving more than 600,000 people without power.

And Appalachian communities are at risk of flash flooding as the remainder of the storm — now a tropical depression — moves northeast.

It had been a Category 4 hurricane in the Caribbean but weakened before reaching the U.S. It hit near Creole, Louisiana Friday as a Category 2 hurricane, with top winds of about 100 miles an hour. Now, that state's seen over a foot of rain, with some areas getting up to 17 inches. People across the region have started cleanup efforts.

Delta made landfall just 14 miles east of where Hurricane Laura did in August, impacting many of the same areas. Some homes that had already seen damage in August had their tarps ripped off by Delta's winds.

It set a record as the 10th hurricane or tropical storm to make landfall this season — breaking a previous high that stood for over 100 years.