As Heat Waves Worsen, So Will All The Other Trouble They Cause 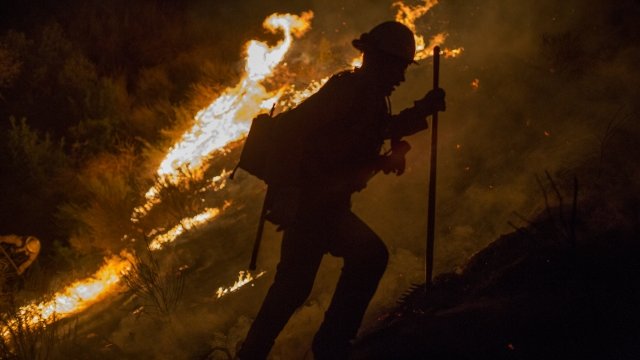 SMS
As Heat Waves Worsen, So Will All The Other Trouble They Cause
By Tyler Adkisson
By Tyler Adkisson
August 7, 2018
Besides being annoying, extreme heat waves can shut down critical infrastructure that we use every day, like power plants and roads.
SHOW TRANSCRIPT

Climate change is making heat waves hotter and longer, and they bring more than just uncomfortably high temperatures. As Europe goes through its longest heat wave since 1976 and California faces another set of deadly wildfires, we're seeing a whole range of risks of a dangerously hot Earth.

The most obvious dangers from extreme heat are the potentially fatal health problems like dehydration, heat exhaustion or heatstroke. In 2003, Europe faced a heat wave with temperatures similar to this one that left 20,000 people dead from heat-related causes.

The heat contributes to natural disasters as well. Sweden dealt with one of its most serious wildfire seasons in decades as a product of the heat. In California, wildfires have burned hundreds of thousands of acres this summer, and firefighters are still battling the largest fire in the state's modern history. Of its five largest wildfires ever recorded, all but one have occurred since 2012. 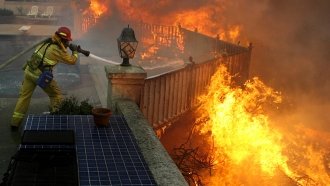 Heat can also damage vital infrastructure. Nuclear plants in at least five European countries had to stop or reduce their power output because the water they use as a coolant was too hot to do its job. In England, some roads and train tracks have started melting to the point where they're unusable.

The extreme heat can even have a psychological effect. Studies show that as temperatures rise, the risk of violence and crime in an area goes up. In North America, scientists predict that added heat could cause thousands of additional suicides annually.

What's more, scientists think these kinds of extreme heat events will become more common unless we make an effort to slow down climate change. Studies show that the warming climate has more than doubled the likelihood of heat waves like the one Europe is sweating through right now.