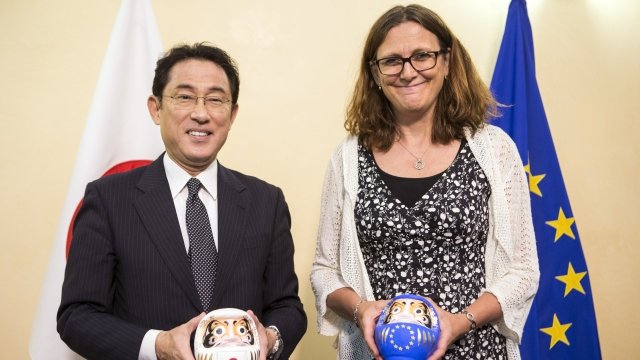 SMS
The EU And Japan Have Agreed On A Massive Trade Deal
By Matt Picht
By Matt Picht
July 6, 2017
The final deal is still in the works, but it could increase exports between the two countries by around 30 percent.
SHOW TRANSCRIPT

As world leaders arrive in Germany for the G20 diplomatic summit, Japan and the European Union stole the show early by announcing an agreement on a landmark trade deal.

The two powers have agreed on a general framework to create one of the largest free trade zones in the world. One assessment says the deal could increase exports between the two countries by around 30 percent. 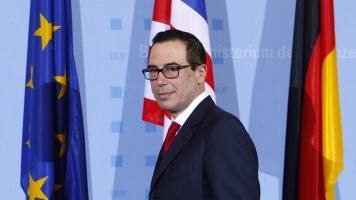 US Treasury Secretary Moves G20 Away From Avoiding Protectionism

If the deal is struck, Europe's agricultural sector — particularly its cheese manufacturers — will face lower import taxes in Japan. In return, the EU will remove tariffs hindering Japan's automotive industry from entering the bloc.

The deal has been in the works since 2012, but negotiations recently went into overdrive. President Donald Trump's rejection of a free trade agreement with Japan and other nations might have something to do with that.

The agreement's fine details still need to be worked out. But one expert told Vox that the deal sends a message that the world's major powers are continuing to liberalize trade — "with or without the U.S."