As Floodwaters Recede, Tens Of Thousands Rescued In India 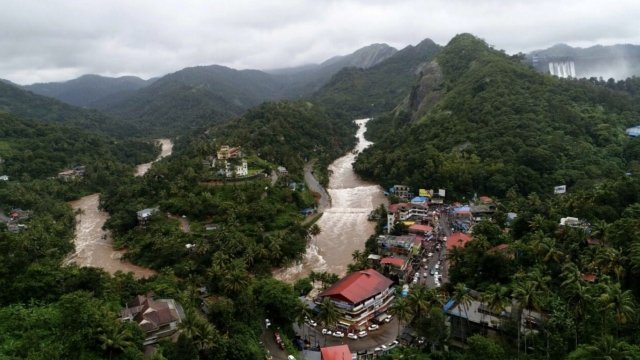 SMS
As Floodwaters Recede, Tens Of Thousands Rescued In India
By Katherine Biek
By Katherine Biek
August 20, 2018
Torrential rains in the southern part of the country triggered the worst flooding Kerala's seen in almost a century.
SHOW TRANSCRIPT

Relief crews took advantage of diminishing rains in southern India on Sunday and rescued around 22,000 people who were still stranded in Kerala.

Torrential rains in the area triggered the worst flooding Kerala's seen in almost a century — reportedly killing more than 350 people since the start of monsoon season and displacing roughly 800,000.

India's prime minister pledged more than $70 million in aid over the weekend. But that's only going to make a dent in the $2.8 billion of damage officials are initially estimating the storms caused.

And Kerala isn't in the clear yet. Meteorologists are forecasting light to moderate rainfall for most of the week.