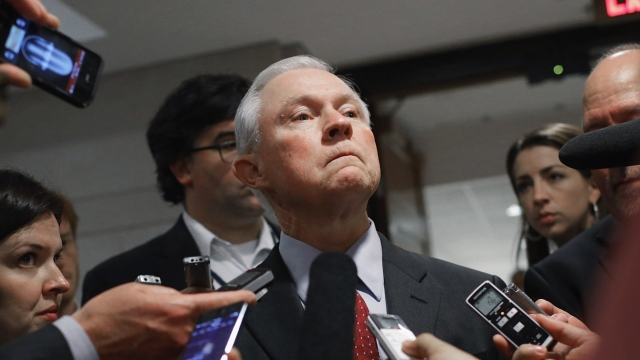 The reports that President-elect Donald Trump plans to select Sen. Jeff Sessions as his attorney general has marijuana activists very concerned — and likely for good reason.

"This drug is dangerous. You cannot play with it. It's not funny. It's not something to laugh about, and trying to send the message with clarity that good people don't smoke marijuana," Sessions said at a Senate hearing.

Sessions has been a staunch opponent of loosening restrictions on pot. Back in the 1980s, Sessions even joked that he was OK with the Ku Klux Klan until he found they smoked pot.

Trump has a much softer stance on pot than Sessions. Trump has said legalizing recreational pot should be left up to individual states and that he's "100 percent" in favor of medical marijuana. He's also a businessman, and the profits from legalized weed could be too good to pass up.

On Election Day, voters California, Maine, Massachusetts and Nevada chose to legalize pot outright. California alone is estimated to rake in as much as $1 billion in taxes.

The cannabis industry is projected to reach $22 billion in sales annually in the coming years. That would pump a lot of tax dollars into each state's economy.

The legal pot movement has gained significant momentum, especially in the past decade. According to a Gallup poll, 60 percent of Americans adults are in favor of marijuana legalization.