This Group Creates Murals To Bring People Together 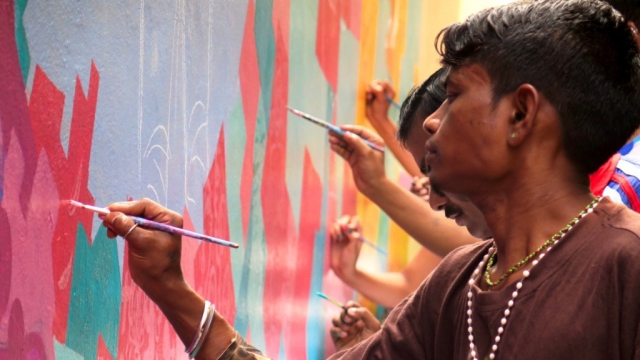 These murals offer color in a desert refugee camp, bring Israelis and Palestinians together and expose issues like human trafficking.

Created by the group Artolution, each piece is designed with purpose — to break down socially, culturally and politically created barriers.

Wherever a mural goes up, it focuses on local issues and engages residents. This often involves kids and local art initiatives. 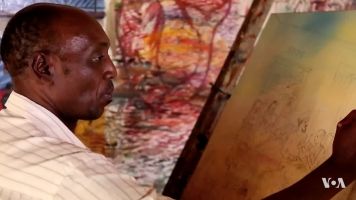 Here's The Artist Who's Documenting Doctor Strikes With Paint

Artolution was founded in 2009. It reaches around the globe, especially to poor communities and groups exposed to conflict.

But since the founders are from the U.S., their work can be seen in various U.S. cities. Projects in the U.S. have "bridged" the gap between varying socio-economic neighborhoods and helped kids get back to normal life after juvenile dentention.

What do you think of using art to tackle social issues? Let us know on any of our social channels.