Artist Honors The Dead Who Weren't Counted After Hurricane Maria 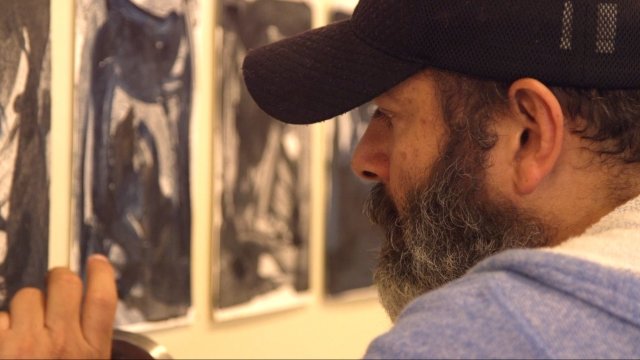 SMS
Artist Honors The Dead Who Weren't Counted After Hurricane Maria
By Ben Schamisso
By Ben Schamisso
May 10, 2018
His new exhibition symbolically honors the 911 people who were swiftly cremated after the storm without being counted as official hurricane victims.
SHOW TRANSCRIPT

With his new abstract exhibition, Puerto Rican artist Richard Santiago wants us to remember the 911 people who were cremated without being medically examined or publicly identified after Hurricane Maria. Santiago evacuated from Puerto Rico to Chicago a month after the storm devastated the island.

During his exhibition's opening ceremony in Chicago, the artist told the audience: "The people were cremated; they're not going to be reborn. They died, but we don't know who they are. Anonymity, the other side side of it, the antonym of it, is manifestation."

He added: "So many things are happening in Puerto Rico every day, and news gets lost very fast. But this kind of news cannot be lost. This is a wound that at least has to be healed somehow."

In the aftermath of the hurricane, the Puerto Rican government allowed funeral home directors to cremate 911 bodies. In all of the chaos, it seemed to be the cheapest way to help relatives move on. But the government never examined the bodies. Based on paperwork only, local authorities said all 911 people died of "natural causes" unrelated to the hurricane. "Natural causes" can include heart attacks or lack of oxygen. While Puerto Rican officials counted 64 deaths on the island as a result of the storm, other independent institutions estimated the death toll was likely over 1,000. 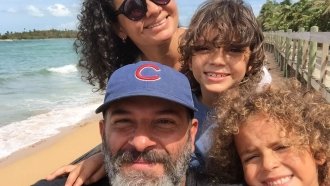 Hurricane Evacuees: At Home Within The Puerto Rican Diaspora

Santiago continued: "I know that in abstract exhibitions, people tend to just glance at the work. I've seen a few of you since I've been here doing exactly the same thing. Well, that's kind of like what the government wants us to do with these 911 people — just glance and keep on going. I ask: Please take your time to see each one of them. Some of them are better than others. Some of them have more personality, but that's just like human beings."

Santiago wants to symbolically honor the 911 people who were cremated. He hopes to paint 911 monotypes, each one representing a person a potential buyer would like to honor — not necessarily a hurricane victim.

Anyone can preorder a 10-by-8-inch monotype for $15 and provide Santiago with a name, an age and a Puerto Rican town. Santiago will then use that information to paint a unique piece with a certification on the back. Part of the proceeds will help local journalists fund a lawsuit against Puerto Rico designed to shed light on who these 911 people were and why they were swiftly cremated.

"Some people have used names of their mother or father who are not with them anymore, grandparents or a friend who died. But some people, for example, chose the daughter that was not born, the son they would have liked to have," Santiago told Newsy while installing his art a few hours before the opening ceremony.

Referring to the certification he stamps on the back of every monotype, the artist said: "The piece itself becomes like when you go to the demographic agency and they take you fingerprint and they sign, you know. I wanted to make it something like that.

"And I was somewhat interested in the fact of the fingerprints. In the process of cremating somebody and identifying that body, it's very important to take the fingerprints; it's the main way of knowing who the person was, and that process — we believe — was totally bypassed," he added. 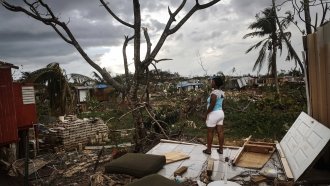 "I think through conceptual work is the only way that I can really feel that I can let it out. I don't think you should do art just to make it look nice and decorate or whatever; it should have a meaning, and I think this has a very powerful meaning. I wouldn't have been so comfortable doing this before or sure that I could do it. But now it's like, it has to be done. Period," Santiago said.

At the time of writing, Santiago had already received almost 200 orders. After Chicago, his exhibition "The Frailty Of Strength And Vice-Versa" will travel to New York, Orlando and San Juan, Puerto Rico, where the artist hopes to display 911 monotypes.