Art Briles Accuses Baylor Of Making Him The Fall Guy 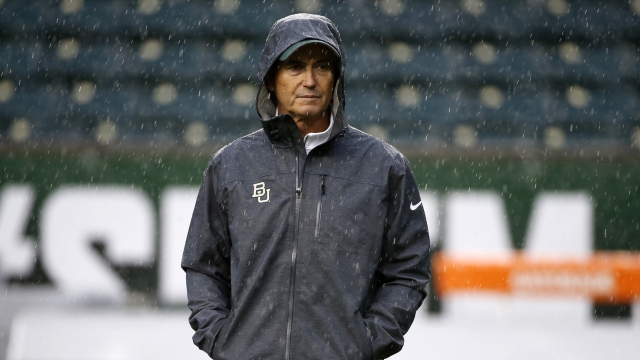 The former coach says the university is using him as a scapegoat to hide its own failures in dealing with sexual assault victims.

Former Baylor football coach Art Briles says the university is using him as a scapegoat to hide its own failures. Briles filed a motion Thursday in a lawsuit against him and Baylor University that suggests he won't be going quietly.

Part of the motion accuses Baylor of using Briles and the Baylor athletic department "as a camouflage to disguise and distract from its own institutional failure to comply with Title IX and other federal civil rights laws."

A letter included in the motion says Briles doesn't want to settle the case and accuses the school of a myriad of wrongs like libel and slander, breach of contract and fraud.

Briles and the university's president were both fired after an independent investigation found officials chose not to report sexual assault complaints and also discouraged the accusers from making those claims.

The former coach is a co-defendant in the lawsuit filed by former Baylor student Jasmin Hernandez, who's come forward about being raped by a football player in 2012. She says officials were negligent and "deliberately indifferent" to her complaints. Currently Briles is represented by the same lawyer as Baylor; he's asking for separate representation.

In the past two years, at least two Baylor football players have been convicted of sexual assault. A settlement mediation meeting is scheduled for June 17.