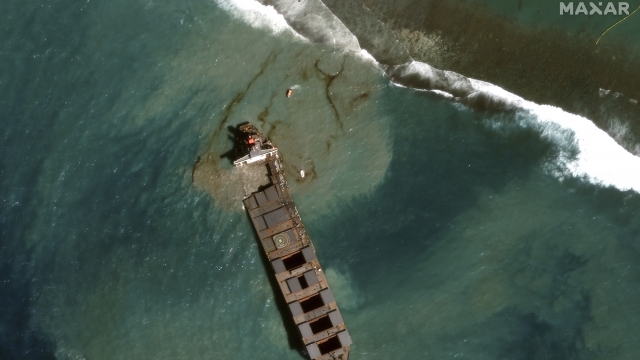 The captain and chief officer of the Japanese-flagged ship that has leaked at least 1,000 tons of oil near protected areas off the island nation of Mauritius have been taken into police custody.

Both were arrested for "jeopardizing safe navigation" and are set to appear in court next week.

The ship struck a reef in the Indian Ocean in July and began leaking oil. Authorities have since stopped the leak. Environmental groups warn the damage could be irreversible.