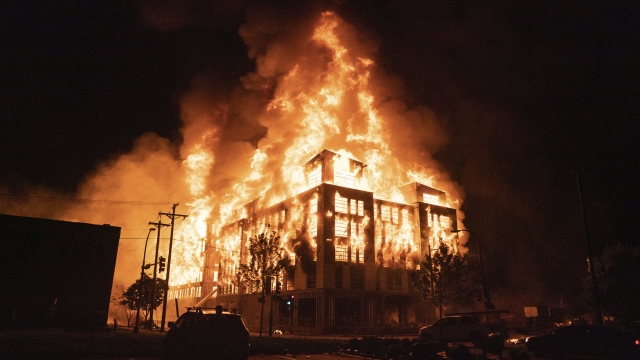 The Justice Department announced an arrest in the burning of a Minneapolis police precinct.

XX The  U.S. Attorney's office in Minnesota announced Monday it had charged Branden Michael Wolfe, a St. Paul resident, with aiding and abetting arson during the burning of the 3rd Precinct. XX

Protesters destroyed the precinct where the four officers charged in connection with the death of George Floyd worked.

The U.S. Attorney's office said in a statement Wolfe identified himself in several witness photos. While he does not appear to be charged with actually setting the fire, police say he he admitted to pushing a barrel into the blaze to help feed it.

He also allegedly stole several items from the precinct during the riot, which police say they found in his home.

xx Wolfe was arrested after a local home improvement store called police on June 3rd, saying a man in riot gear was attempting to enter the store.

Wolfe had been fired from his security guard job at the store as earlier that day for reportedly posting on social media about what he stolen from the precinct.xx