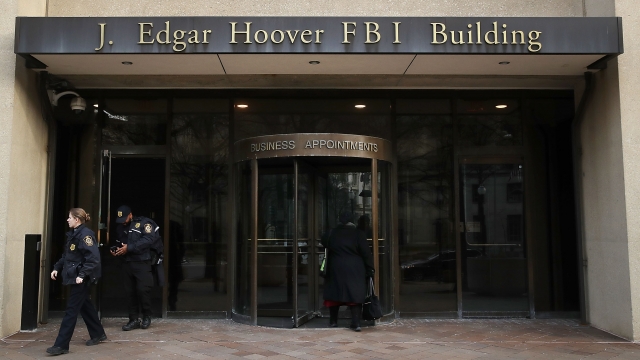 The FBI has arrested Jarrett William Smith, a U.S. Army soldier who authorities say discussed plans to bomb the headquarters of a major U.S. news network.

Smith allegedly messaged an FBI informant in an online chat group on Aug. 19. Authorities say he discussed plans to launch an attack inside the U.S., the possibility of killing members of Antifa and searching for more "radicals" like himself.

Authorities say he described a method to create a vehicle bomb and attacking the headquarters of a news network. He allegedly wrote: "Fill a vehicle full of [explosives] then fill a ping pong ball with [a certain chemical] .... Put the ball in the tank of the vehicle and leave. Thirty minutes later, BOOM."

According to an affidavit from FBI Special Agent Bradon LaMar, Smith also discussed plans to fight with Azov Battalion, a violent far-right group in Ukraine. When he was arrested on Sept. 21, he allegedly admitted to the FBI that he shares instructions for building bombs with people online.

In a Facebook group chat in December, Smith allegedly suggesting making cellphone IED bombs and said he could teach the group how.

In a different conversation with an undercover FBI agent on Sept. 20, Smith allegedly suggested targeting presidential candidate Beto O'Rourke. An undercover agent reportedly asked if Smith thought anyone in Texas would be "a good fit for fire, destruction and death," and Smith allegedly replied: "Outside of Beto? I don't know enough people that would relevant enough to cause a change if they died."

According to the affidavit, Smith told authorities before his arrest that he shared information about bombs to cause "chaos." He also reportedly told officers that, "If chaos results in the death of people, even through information he provided, it doesn't affect him."

Smith has been charged in Kansas with distributing information related to weapons of mass destruction. If convicted, he could face a fine up to $250,000 and up to 20 years in federal prison.