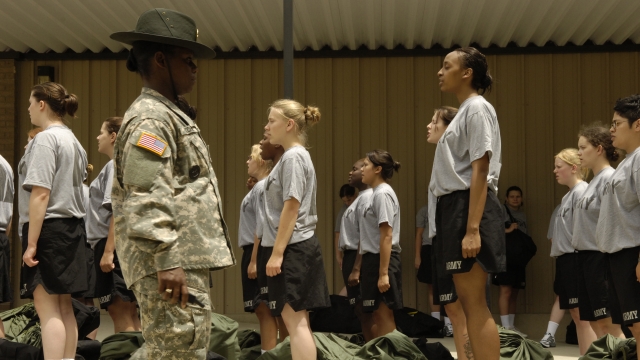 The delay — which is scheduled to last at least two weeks — does not affect recruits who have already started their basic training.

The U.S. Army is pausing sending new recruits to basic training in response to the spread of the coronavirus.

The Army said in its announcement Monday, "This tactical pause will allow commands to ensure appropriate safety measures are in place and are operating effectively at training installations."

The delay — which is scheduled to last at least two weeks — does not affect recruits who have already started their basic training or those in advanced individual training.

Last year, the Army recruited more than 68,000 active-duty enlistees. But the commander of the Army Training and Doctrine Command suggested the pause will have less of an impact on training since April and May tend to have the lowest number of new recruits sent to basic training.

The Army conducts basic combat training at four different locations across the country. The training itself lasts for roughly 10 weeks.