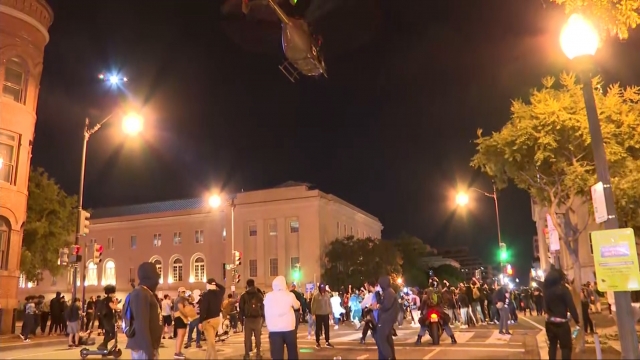 Months after demonstrators took to the streets of Washington D.C. to protest police brutality against minorities, the Secretary of the Army says an investigation into a helicopter used outside the White House has concluded.

”The Army has completed its portion of the inspector general of the investigation. The DOD reviews these cases. It’s current with the DOD. It’s my understanding it will be released when it’s completed,” Ryan McCarthy said during a briefing.

In June, protesters were met with police and military in riot gear, tear gas and this national guard helicopter… which prompted a fear the military was being used against American citizens expressing their right to freedom of speech.

Following the protest, McCarthy said the incident was under investigation and would not happen again, when questioned by Newsy about the helicopter being used as a scare tactic.

“We do not police American streets….. but if we’re are called up on, we will ask and support that federal property and law enforcement,” McCarthy said.

McCarthy did not give any details on what the Army found during its investigation… nor would he state whether investigation results will be released before or after the upcoming election.