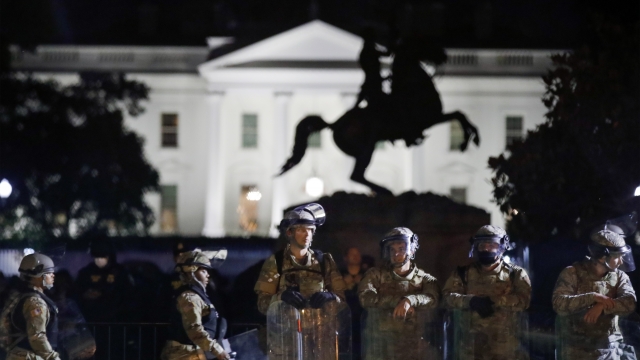 Roughly 1,600 troops were deployed to the region to assist the National Guard in containing the protests, but they have not been utilized yet.

Defense Secretary Mark Esper has reversed his earlier decision to return active-duty military troops deployed in Washington, D.C., back to their home bases.

The Department of Defense brought in roughly 1,600 troops to the region earlier this week. The Trump administration has considered deploying them to the streets as protests over the death of George Floyd intensified. They hadn't yet been used to support law enforcement.

Earlier this week, President Donald Trump said he would deploy the military if state and local officials did not do more to quell the protests.

Esper had previously said Wednesday that current conditions do not require military assistance for law enforcement but later reversed that decision.

The National Guard has activated thousands of members to help law enforcement respond to protests in D.C. And a U.S. defense official says even more are on their way.