Armenian Opposition Leader Calls For More Protests Ahead Of Election 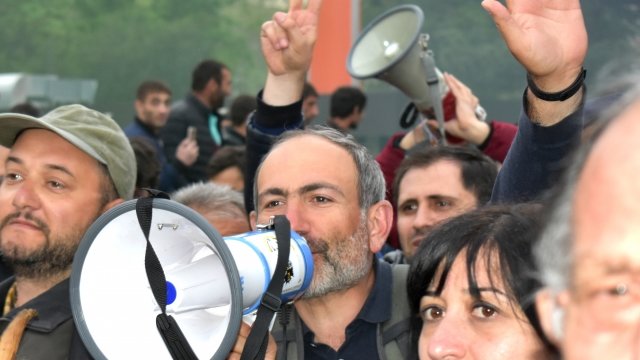 Armenians are back on the streets protesting in the hopes of getting opposition leader Nikol Pashinian elected prime minister.

Pashinian led more than a week of demonstrations in April that eventually saw the resignation of the country's prime minister.

Now Pashinian is aiming to take the job for himself. He called for his supporters to block roads in Armenia's capital Sunday and to hold a massive rally Sunday evening.

Armenia's parliament votes May 1 to elect a new prime minister. Deutsche Welle reports two parties are backing Pashinian, but that he doesn't have enough votes to be elected yet. But he's also the only candidate to come forward so far.