Armenia's Prime Minister Resigns After More Than A Week Of Protests 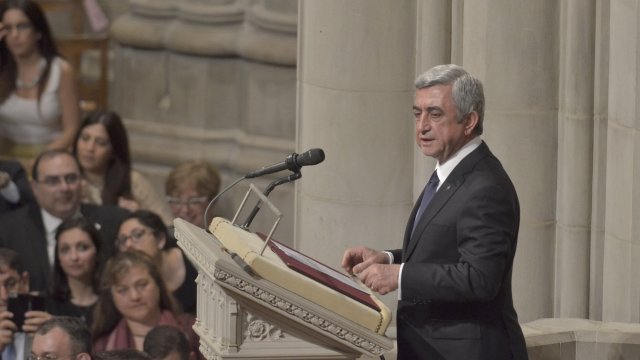 It comes after more than a week of protests in the country's capital called for him to step down.

But here's the kicker: As his final presidential term ended, the country's constitution was amended to give the prime minister more power and reduce the presidency to a ceremonial role.

Anti-government protesters took to the streets, calling for his resignation.

Sargsyan released a statement Monday tendering his resignation. The Armenian government says former Prime Minister Karen Karapetian will stand in for Sargsyan until a new PM is elected.