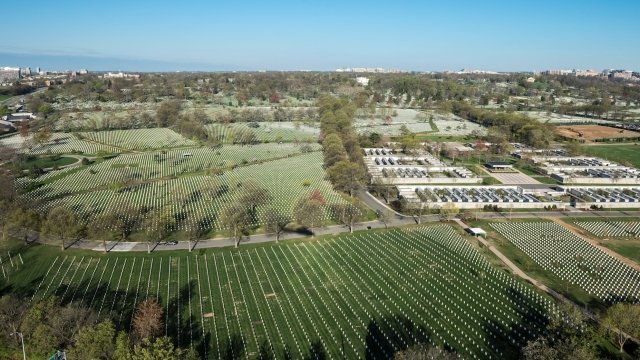 Arlington National Cemetery could run out of room in about 25 years, so it may have to restrict who can be buried there. That's upsetting to some who see it as breaking a promise to the nation's veterans.

Arlington is one of the nation's main military cemeteries, and about 7,000 people are buried there every year. Right now, most veterans who served active duty — and in some cases, their family members — are eligible for some sort of resting place in the cemetery.

The Army, which operates Arlington, says it wants to keep the cemetery going for at least another 150 years. But that might not be possible without some change.

There isn't much room left to grow, so one option the Army is left with is to make Arlington more exclusive.

The cemetery conducted a survey to see how Americans feel about restricting eligibility. Respondents supported keeping Arlington open long-term and said if eligibility is restricted, it should still include those killed in action, recipients of prestigious awards like the Medal of Honor and former prisoners of war.

The strictest option on the table would be to limit burials to only Medal of Honor recipients and service members killed in action.

The Army is conducting a second public opinion survey this summer and will reportedly make a formal recommendation later this year. You can take the survey at arlingtoncemetery.mil/eligibility-survey.