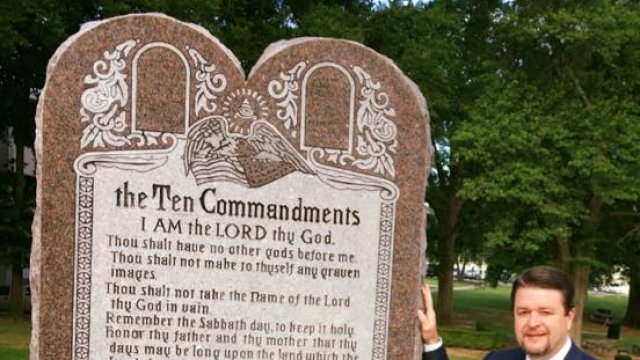 SMS
Arkansas' Ten Commandments Monument Has Already Been Destroyed
By Briana Koeneman
By Briana Koeneman
June 28, 2017
A spokesperson for the secretary of state confirmed someone drove their vehicle into the monument less than 24 hours after it was installed.
SHOW TRANSCRIPT

A controversial monument on government property in Arkansas was destroyed just one day after it was put up.

A spokesperson for the secretary of state confirmed someone drove their vehicle into the monument less than 24 hours after it was installed on the Arkansas State Capitol grounds.

The monument was originally approved back in 2015, thanks to the passage of The Ten Commandments Monument Display Act.

But, as Fox News notes, its final design and location weren't given the go-ahead until last month. 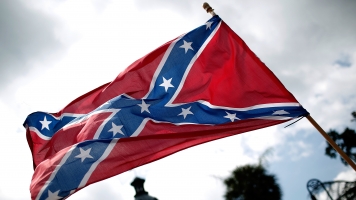 State Sen. Jason Rapert, one of the main supporters of the monument, told reporters after the installation that he was "grateful" to finally see the monument up.

But the ACLU of Arkansas told NPR it planned to file a lawsuit to have the monument taken down because it "appears that the state enforces one particular set of beliefs over others."

And if the past is any indication, that suit might be successful. Judges in both Alabama and Oklahoma have ordered that similar monuments be removed from government property.

Arkansas officials didn't immediately say what they plan to do with the broken monument. The driver is facing three charges in the case.