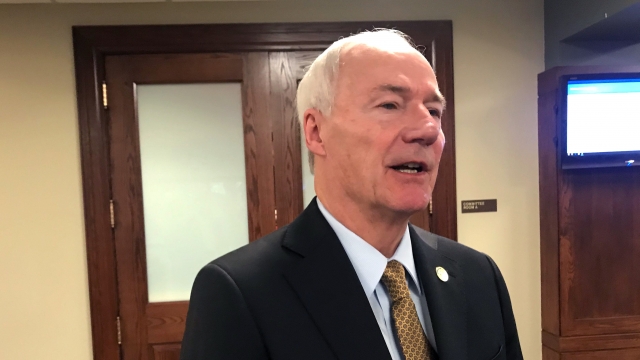 SMS
Arkansas Gov. Declares Lack Of Stay-At-Home Order 'Successful'
By Bailey Vogt
By Bailey Vogt
April 12, 2020
Arkansas is one of seven states not under such an order.
SHOW TRANSCRIPT

The governor of Arkansas said his lack of issuing a statewide stay-at-home order has been "successful" in combating the coronavirus.

Arkansas is one of seven states not under such an order, and Gov. Asa Hutchinson told CNN on Sunday that low population density has allowed that approach to be successful.

He said: "We have masks and social distancing and the people of Arkansas have embraced that. That gives you success ... We want to take the long-term approach to this and you're not going to win simply by a lockdown."

The governor also noted he declared a statewide emergency when Arkansas got its first case in March — closing schools and increasing testing.

Hutchinson says the state is "beating the trend line" in COVID-19 cases. Researchers at the  University of Washington School of Medicine say that Arkansas' peak in daily deaths will be April 29.  The state as of Sunday has had about 1,300 confirmed cases and 27 virus-related deaths, according to Johns Hopkins University.