4 Executions In 8 Days: What's Next For Death Row In Arkansas? 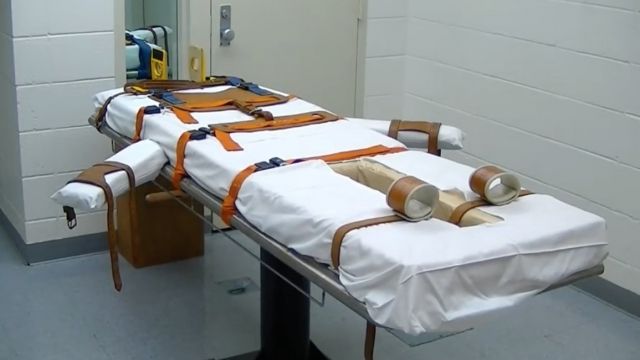 SMS
4 Executions In 8 Days: What's Next For Death Row In Arkansas?
By Briana Koeneman
By Briana Koeneman
April 28, 2017
Kenneth Williams died by lethal injection late Thursday night. His death was the last one on Arkansas' frantic execution schedule.
SHOW TRANSCRIPT

The state originally planned to put eight inmates to death by the end of April before one of its lethal injection drugs was set to expire.

But due to legal challenges from drug companies and the inmates, only four of those executions were actually carried out. Those inmates were the first to be put to death in Arkansas since 2005.

According to the Arkansas Department of Correction's website, 29 inmates in the state are still on death row.

And now, the question is: What happens to those inmates after the lethal injection drug supply expires?

A spokesperson for Arkansas Gov. Asa Hutchinson told reporters the state is working on getting a new batch of the drug.

He also said the executions will be rescheduled once any stays and court cases are resolved.

But it's getting harder for states to secure the drugs for lethal injections.

Many pharmaceutical companies have adopted restrictions to ensure their products aren't used in executions, leaving states to scramble for alternatives.

CNN reports some states have tried to import drugs that aren't approved by the Food and Drug Administration.

Other states have indefinitely delayed their executions or adopted other methods, like the electric chair or death by firing squad.