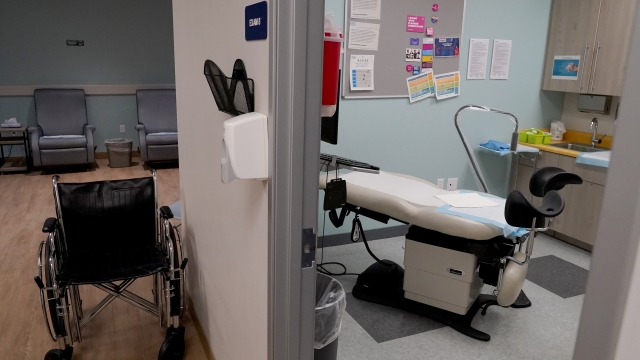 This move means abortions will remain legal until after 15 weeks gestation at least until early January, and likely longer.

Arizona's attorney general has agreed not to enforce a near total ban on abortions at least until next year, a move that Planned Parenthood Arizona credited Thursday with allowing the group to restart abortion care across the state.

On Thursday, Planned Parenthood said services would resume statewide, including at clinics in metro Phoenix and in Flagstaff.

"While we are celebrating today, we can't ignore that we are still on a long an uncertain path to restoring the fundamental right to abortion in Arizona, and making this essential healthcare truly accessible and equitable for all people," Brittany Fonteno, who heads Planned Parenthood Arizona, said at a news conference. "While abortion is currently legal in Arizona and we have resumed abortion care throughout the state, we know that this could very well be temporary."

The only exception to the law is if the pregnant person's life is in jeopardy. The pre-statehood abortion ban law had been blocked since Roe was decided in 1973, but Republican Attorney General Mark Brnovich asked a court in Tucson to allow it to be enforced this summer. The law dating to 1864 carries a prison sentence of two to five years.

After the judge in Tucson agreed with Brnovich, the court of appeals temporarily overrode her and set a schedule for Planned Parenthood and the Arizona attorney general's office lawyers to file their legal briefs in the appeal. Those document are due by a Nov. 17 deadline.

The ruling means the state's abortion clinics will have to shut down and anyone seeking an abortion will have to go out of state.

Meanwhile, a Phoenix physician who runs a clinic that provides abortions and the Arizona Medical Association filed a separate lawsuit that sought to block the territorial-era law, arguing that laws enacted by the Legislature after 1973's Roe v. Wade decision should take precedence and abortions should be allowed until 15 weeks into a pregnancy.

The lawsuit filed by a Phoenix abortion doctor and the Arizona Medical Association repeated many of the arguments made by Planned Parenthood in their failed effort last month to persuade the Tucson judge to keep in place a 50-year-old injunction barring enforcement of the old law. The judge said it was not procedurally proper for her to try to reconcile 50 years of later law with the old law.

Brnovich sought to place that lawsuit on hold until the court of appeals rules on the Planned Parenthood case. In an agreement with the abortion rights groups, he agreed not to enforce the old law until at least 45 days after a final ruling in the original case.

Any decision by the court of appeals is certain to be appealed to the state Supreme Court, so any final decision could take well into 2023.

A law enacted by the Legislature this year limits abortions to 15 weeks into a pregnancy, well before the 24 weeks generally allowed under the Roe decision that was overruled by the U.S. Supreme Court in June.

Arizona women seeking abortions have been whipsawed by the state's competing laws since the high court's decision. Also in play is a "personhood" law that raised fears by providers that they could face charges under that law before a federal judge blocked it in July.

Abortion providers halted all care in the state after Roe was struck down, restarted in mid-July after the personhood law was blocked, and stopped them again when the Tucson judge allowed the 1864 law to be enforced.