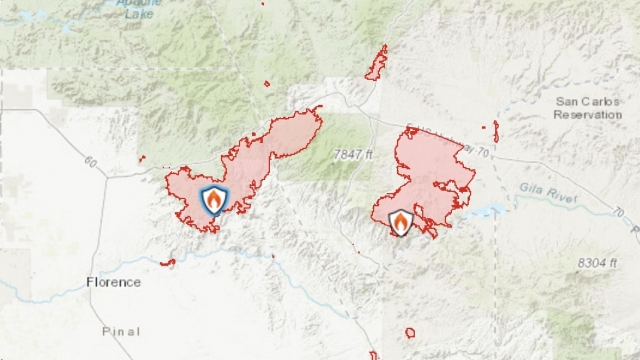 Firefighters in Arizona are battling high temperatures in their effort to control two large wildfires burning in a mountainous area east of Phoenix.

Some residents in the impacted areas have been allowed to return home. There are also high-risk red flag warning in Northwest Arizona and parts of several other drought stricken Western states.