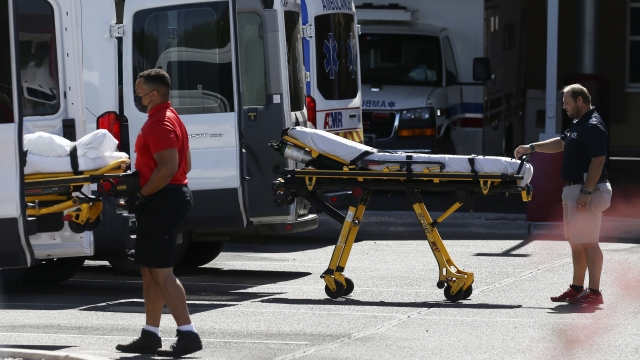 Arizona and Texas are both setting new records in daily recorded coronavirus cases.

Newsy's sister station KNXV reported nearly 2,400 cases were diagnosed Monday, the largest jump in cases in a single day in Arizona. Reuters reports ICU beds are also filling up in the state.

Arizona's health director acknowledges there has been more testing being done in the state but that the percent of positive tests have jumped from 5 percent in April to 13 percent now. Dr. Cara Christ said that reflects an actual spread within the state.

Texas saw a similar jump in new cases Tuesday, with Gov. Greg Abbott, estimating  2,600 new cases for Tuesday. Despite the rising numbers, Abbott said he's confident in the state's ability to handle the uptick in cases.

The Texas governor said, "Only about 10 percent or even less of Texans who test positive for COVID-19 ever even need to go to the hospital in the first place. And when they do, there is a hospital bed there available for them, for them to be treated ... We are now in a situation where we are coexisting with COVID-19."

Florida, Oklahoma and Oregon all experienced similar spikes several weeks after reopenings began across the U.S.