With No Budget Vote, Arizona Teacher Walkout To Continue Thursday 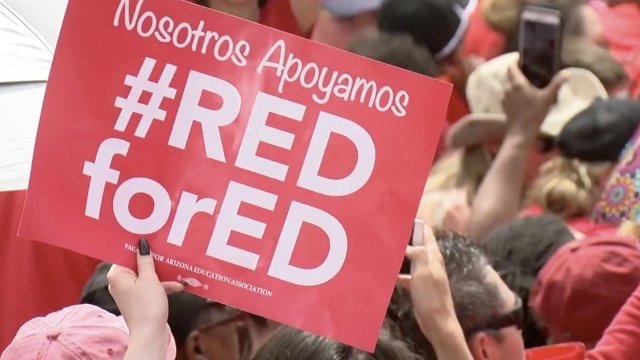 Arizona teachers said they'd continue their walkout on Thursday unless a budget deal got passed. Well, they weren't bluffing.

The budget deal includes a 20 percent pay raise for teachers by 2020 and $371 million in school funding over the next five years. Even though that agreement doesn't include everything teachers wanted, they said they'd end the walkout if it becomes law.

The leader of the Arizona House of Representatives said it intends to pass the budget Wednesday night. But for now, the teacher walkout is headed for day six.