The Infamous 'Tent City' Jail Will Shut Down 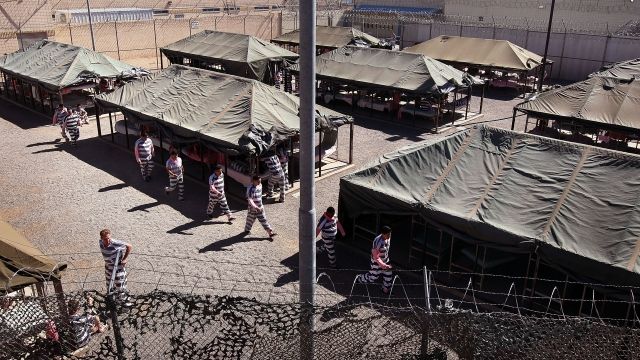 SMS
The Infamous 'Tent City' Jail Will Shut Down
By Grant Suneson
By Grant Suneson
April 8, 2017
The new sheriff in Maricopa County, Arizona, says he's closing the outdoor jail because it's not cost-effective or a crime deterrent.
SHOW TRANSCRIPT

A controversial jail in Maricopa County, Arizona, known as "Tent City" is shutting down.

About half of its 800 inmates can be moved to other facilities within two months. The rest are expected to be moved within six.

Then-Sheriff Joe Arpaio opened the outdoor facility in 1993 to cut costs. It got rid of just about everything except fences and beds.

But Arpaio recently lost his re-election campaign after he was charged with contempt of court. His replacement, Sheriff Paul Penzone, says Tent City needs to go. 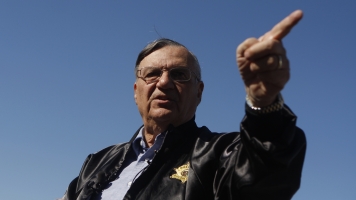 "This facility is not a crime deterrent, it is not cost efficient, it is not tough on criminals,"  Penzone said. "That may have been the intent when it was first opened and there was a need, but this facility became more of a circus atmosphere for the general public."

Opponents of Tent City said it was unnecessarily cruel. They said it forced inmates to stay outside in the sweltering Arizona heat and that they were forced to wear pink only for embarassment.

Apparently the inmates didn't see it that way. Penzone said many of those who were there went voluntarily because they preferred the outdoors. He also said closing Tent City could save the county about $4 million per year.