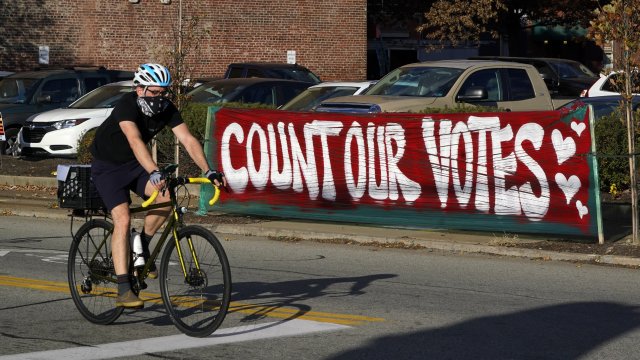 The Trump campaign was in court in Arizona Thursday.

The Associated Press called the county and the state for Joe Biden last week.

Arizona's attorney general dismissed any claims of election fraud. And speaking to CNN Thursday, Arizona Secretary of State Katie Hobbs said there is no evidence of interference.

"Our office has been completely transparent, and there are many, many places along the way in the process that we have provided information to the public about how the election process works and everything that our office does, as well as the counties, to ensure the accuracy and fairness and security of the election. No, there is no current controversy."

President Trump and his campaign have filed a dozen election lawsuits.

As of Thursday, four had been dismissed and the rest were up in the air.