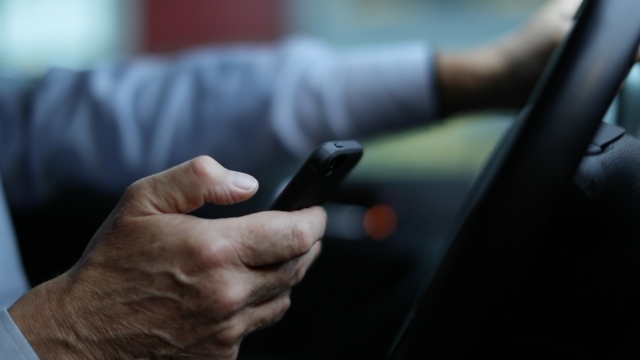 Arizona Gov. Doug Ducey signed a law Monday that would make holding a phone behind the wheel illegal. Arizona's the 48th state to ban texting while driving.

Ducey signed the legislation while surrounded by law enforcement officials and advocates, including Toni Townsend. Townsend's son, Salt River tribal police officer Clayton Townsend, was hit and killed by a driver who was texting.

In a statement, Ducey said: "I called on legislators to provide a solution that will save lives — and I am grateful for their efforts to do just that. This legislation takes important, clear and common sense steps to prevent texting and driving."

The new law doesn't ban the use of devices altogether. Drivers can make calls if they use earpieces, headphones or another voice communication device. They can also send texts if they do so using voice commands.