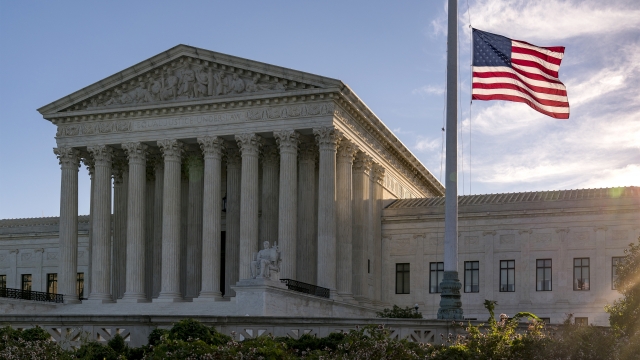 A special election to finish Sen. John McCain's term could impact the confirmation of a new Supreme Court justice.

If Arizona Democrat Mark Kelly wins the seat, he could take office as early as November 30. That would shrink the GOP's Senate majority and complicate the path to confirming President Trump's Supreme Court nominee to replace Ruth Bader Ginsburg.

Kelly is running against Republican Sen. Martha McSally, who was appointed to McCain's seat after his death.

Since the news broke Friday of Ginsburg's death, there's been a frenzy about who would succeed her and how soon that could happen.

The president has promised to name his nominee this week. For that nominee to be confirmed before the election, the Senate would have to move quickly to vote, and the majority would need to approve his selection.

Additional reporting by Jonathan J. Cooper of the Associated Press.